This massive hike was over 21 miles long and included 7100 feet of vertical gain. Not including the time we were sleeping on Stairs Mountain, this hike took almost 13.5 hours to complete.

END_OF_DOCUMENT_TOKEN_TO_BE_REPLACED

We started this hike from our campsite at Nesowadnehunk Field Campground, which is about 16 miles north of the Baxter State Park south entrance. We took Doubletop Trail to the summit of the north peak and then returned to our campsite.

This hike was around 6.25 miles with 2400′ of elevation gain. It took us just about 5 hours to hike to the northern summit of Doubletop Mountain and back. 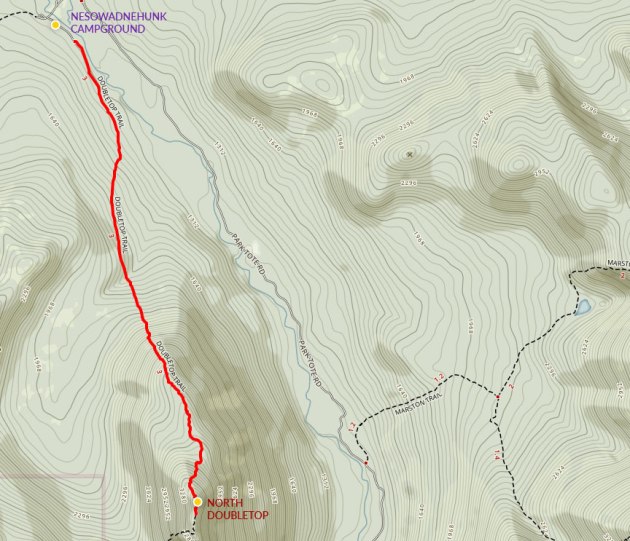 END_OF_DOCUMENT_TOKEN_TO_BE_REPLACED

The hike totaled 9 miles with 3000 feet of elevation gain and took us just under 5 and a half hours to complete. 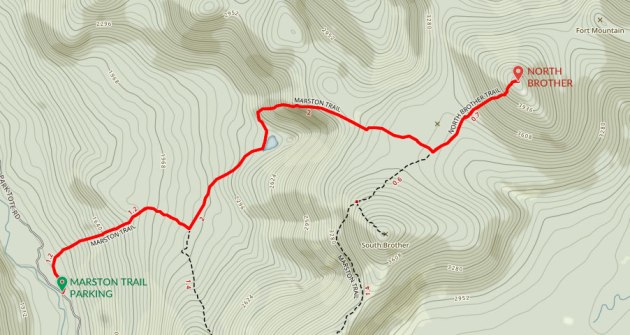 END_OF_DOCUMENT_TOKEN_TO_BE_REPLACED

This hike and its many side trips and bushwhacks turned out to be nearly 12 miles long and accumulated over 3500 feet of elevation. Including several breaks it took us just under 9 hours to complete. 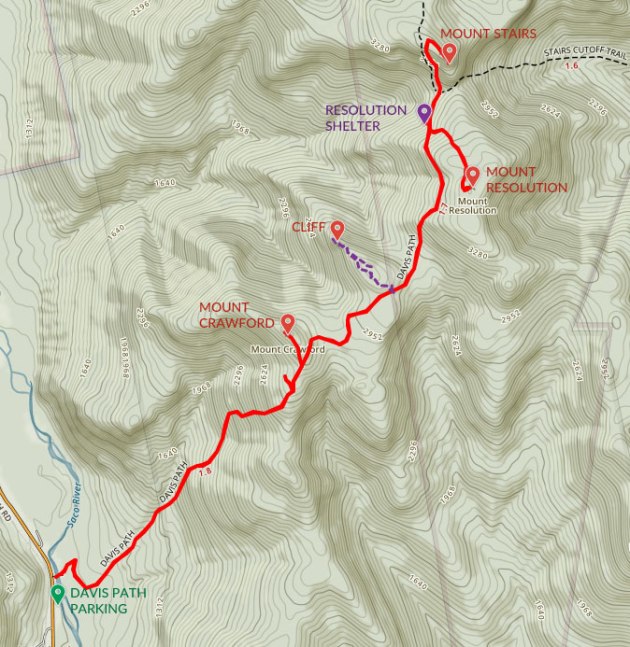 END_OF_DOCUMENT_TOKEN_TO_BE_REPLACED

We started on the Signal Ridge Trail off Sawyer River Road . At the junction with Carrigain Notch Trail we took it. There was no official path to Vose Spur, but there was a pretty good herd path to the summit from Carrigain Notch Trail. Soon after passing Bushwhack Boulder we took the herd path on the left, stepping over a large birch log, and followed it to the summit. We then continued our bushwhack down the western side to the talus strewn col between Vose Spur and East Carrigain. The bushwhack continued up East Carrigain and then followed the ridge to the fire tower atop Mount Carrigain. We looped back to our car by taking Signal Ridge Trail back to the trailhead.

The hike was about 10 miles with 3600′ elevation gain and took us under eight hours to complete. 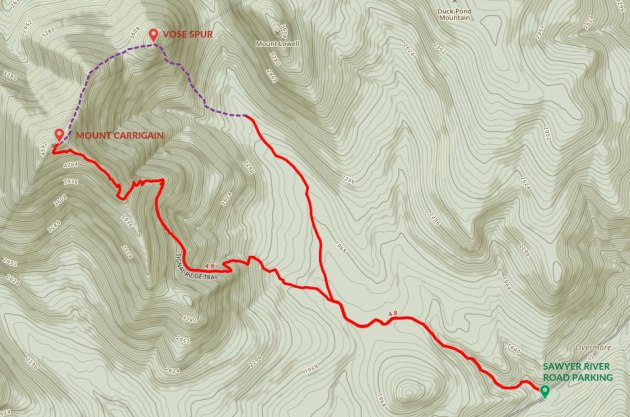 END_OF_DOCUMENT_TOKEN_TO_BE_REPLACED

2016 has come and gone and now is the time to reflect on all that was accomplished or not. I think that many would agree that it was a rough year with all of the musician and celebrity deaths, Brexit, the US election, the war in Syria, the Keystone XL pipeline standoff, and the proposed motel near the summit of Mount Washington. But for me (outside of celebrities, politics and global disaster) it was a pretty good year. Here’s a rundown of my goals for the year and whether or not I attained them:

END_OF_DOCUMENT_TOKEN_TO_BE_REPLACED

With all that was separating me from the mountains was a few hours of state highways, I had no excuse not to leave for a hike when I would normally be getting ready for bed. Knowing that Crocker Cirque Campsite was just a short hike in the woods, it was a non-decision to pack up and head out for a hike in the middle of the night. Normal people would call this behavior crazy, but that’s okay, I’ve never pretended to be normal.

I arrived at the hiker’s parking lot on the Caribou Pond Road just after 12:00 am. With it being a clear and cool Friday night I was not surprised to see three other cars in the lot. I threw my gear on and headed up the road on foot to where it crossed the Appalachian Trail. I headed north on the AT and after about an hour of hiking by headlamp I started to keep an eye out for the side trail to the Crocker Cirque Campsite.

END_OF_DOCUMENT_TOKEN_TO_BE_REPLACED

When I did my Sandwich Range traverse I stuck to the central part of the range where all the 4000 footers were. I knew that I would return to the Sandwich Range eventually to hike Sandwich Dome. I had seen it from the ledges of Welch and Dickey and thought that it looked interesting, as well as a sharp rocky knob standing near the mountain. On top of that, Sandwich Dome was a New England Hundred Highest, falling just 40 feet short of making the 4000 Footer lists.

So on a Sunday morning in June I left my house at 4:00 am to get to trail head around sunrise to be done before some forecasted rain descended upon the mountains. On the way I stopped beside a swamp to take a photo of sunrise.

END_OF_DOCUMENT_TOKEN_TO_BE_REPLACED

I knew when I hiked Mount Abraham in May I would want to return to explore the alpine area more thoroughly. It boasted the second largest alpine area in Maine by square acreage after Mount Katahdin. What I didn’t was that it would be less than two weeks later when I returned.

A friend and I drove up to Mount Abraham after work on a Friday evening. We got to the trail head clearing at 8:35 pm as daylight was fading. The temperature was mild and the sky mostly clear as we started up the Fire Warden’s Trail by headlamp. We made the mostly easy hike to the Abraham tent site by 10:35 pm. After setting up camp we ate dinner by a campfire and retired for the night at midnight. I remembered drifting to sleep as my hammock slowly swayed below the glittering stars.