I have been trail running for a year or so but on mostly flat trails near my house. After a few excursions to small mountains in my area, I decided I wanted to try out a long run with more serious climb. I picked out an area on my White Mountain National Forest maps that looked good (I had heard Blueberry Mountain was nice) and headed out.

After having some trouble finding the trail head (pro-tip: the road is called Stone House Road, Google Maps says Shell Pond Road) I parked in the lot by the Stone House gate and started my run.

I headed around Shell Pond via Shell Pond Loop Trail where I caught glimpses of the Pond through the forest. Where it looped around the pond and headed north there were a few spots to get nice vistas of the pond and surrounding area.

Next, I headed down Shell Pond Trail to tag that bit of trail between the pond and the real Shell Pond Road. Heading back toward Stone House I heard some voices in the forest. I got to a trail that was not on the map and headed up it. It lead to Rattlesnake Cliffs, a popular climbing spot. Unfortunately, the spot was also a popular roost for peregrine falcons and the climbers were not supposed to be there until August (when the hatchlings would be old enough to take flight).

Further up Shell Pond Trail I came to a wooden bridge that lead to an old orchard and beyond to Stone House.

The trail around the Stone House property followed an old airstrip which made for some great views of the surrounding area. 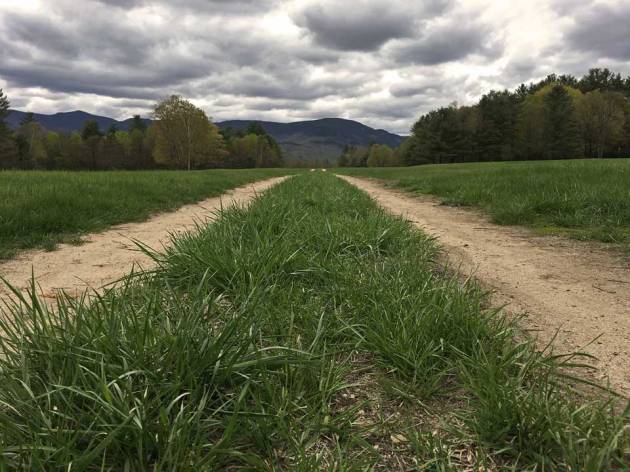 Back on the western side of Stone House property I started my climb up Stone House Trail. This rocky trail lead up the side of Blueberry Mountain with a couple of side trails that visited Rattlesnake Gorge and Rattlesnake Pool. The second was a deep emerald pool carved out of the middle of the river. I stripped down and dove in to cool off from my run.

Looking down on the beautiful and refreshing Rattlesnake Pool

After returning to my clothes I continued running up Stone House Trail. At this point I had trail run further than any previous attempt and the climb was getting to me. I slowed to a normal hiking pace until I reached Blueberry Mountain Loop Trail.

The trail along the top of the mountain made for some level running again and afforded great views of Shell Pond and the surrounding area. After stopping for a short break and some GORP, I found White Cairn Trail and began my run down the mountain. 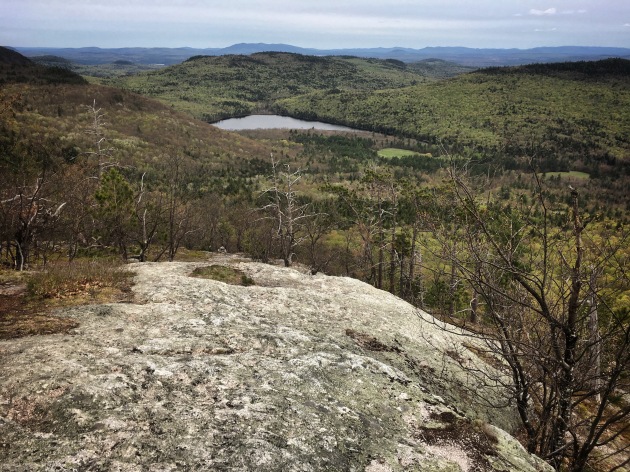 The White Cairn Trail was very steep in a short section, but I was otherwise able to run down the trail. I quickly found myself on level ground and enjoyed a jog through the forest. 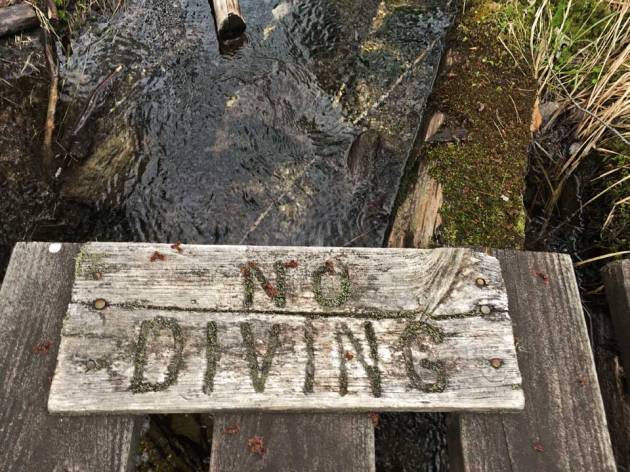 Too bad, I needed to cool off

After another small bridge I returned to Stone House Road and followed it back to my car. In all I ran nearly 9 miles and was taken aback by the beauty of the area. I had chosen the area nearly at random and it turned out to be a real gem. I would highly suggest this run, but after the loop around Shell Pond I would run up White Cairn Trail and come down Stone House Trail in order to hit Rattlesnake Pool on the way out, cooling off for the final stretch.