That evening I met my brother at Camp III, mid-way up the slopes of Loon Mountain. We climbed Lower Walking Boss as the sun set, with an ever changing view of Franconia Ridge, Cannon and the Kinsmans. We slowly struggled up Upper Walking Boss as the stars came out and eventually made the summit by the bobbing glow of our headlamps. We set up our hammocks off the herdpath to Scar Ridge and returned to the summit to cook and eat dinner below the Milky Way. We talked of life and memories and headed back to our hammocks only after counting 10 shooting stars.

I got up at sunrise and, true to his nature, my brother snorted when I tried to wake him and stayed within his suspended cocoon. I enjoyed a mellow sunrise and meditated in the tall golden grasses that adorned the summit beside the quiet hulking mass of a ski lift. 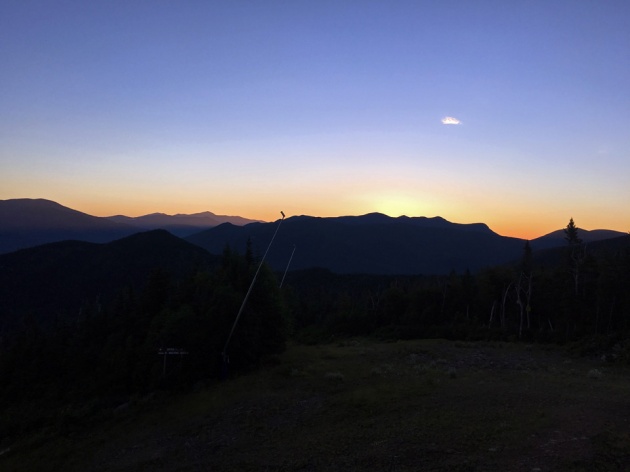 When I returned to the hammocks my brother had roused himself and after packing up we made a casual descent of a dirt road to the base of the mountain and our parked cars. We hatched a grand plan to pick up coffee at Half Baked Fully Brewed in Lincoln, NH, and head to a vista off the road on the way to Mount Moosilauke for breakfast.

Our plans for roadside breakfast were foiled when we discovered that my family was in the vehicle a few cars behind us and that my friends were in the truck behind them. I caused mass confusion when I pulled over to the vista. Everyone except for my brother continued on, but soon made a u-turn and headed back toward us. Meanwhile, we had discussed and decided that we should head to the trail rather than make everyone wait. Of course my family and friends were doubly boggled to see us drive past them and once again were forced to do a u-turn.

With it being mid summer and a beautiful weekend day, we passed a good half-mile of parked cars while heading up the dirt road to the Moosilauke Ravine Trail. Yet another u-turn allowed us to drive past them again until we found spots for our vehicles. I hopped out and gathered my things and greeted my family and friends.

I invited everyone who had hiked a 4000 Footer with me over the previous five years. Many understandably couldn’t make it, but I was psyched to see the ones that had made it and glad that they’d be sharing this day with me. To most of the other hundred or so hikers on the Moosilauke that day it was a fun day of recreation or an opportunity at an inspiring Instagram post. To me the hike had a deeper meaning. It embodied my passion for the outdoors and a culmination of countless hours of planning, driving, sweating, painfully trudging through the cold and wet. And awe-inspiring views, silent moments of reflection and work-escaping interludes of stories and photos. I couldn’t ask for better family and friends to share the day with. 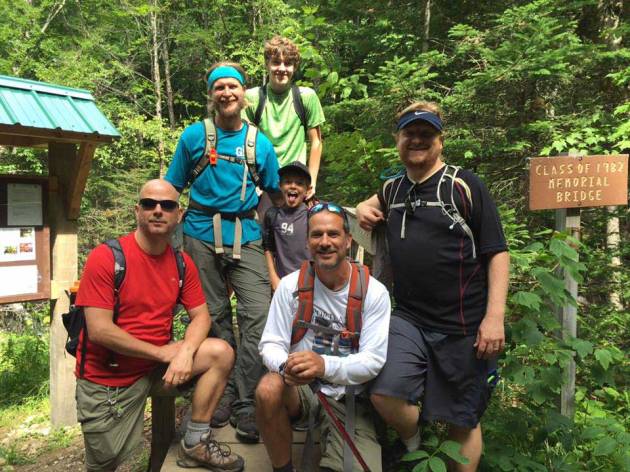 Family and friends joined me on my final 4000 Footer

I typically fill my phone with photos and videos during a hike to supplement my blog posts. But for whatever reason I felt a bit detached and contemplative and did not capture much media of the hike. At one point on the Carriage I realized I was well ahead of everyone and stopped so others could catch up. After that I did my contemplating from the back of the pack so I wouldn’t spend the whole hike away from the people who went out of their way to be on the hike with me.

At around noon we made it to the intersection with the Glencliff Trail, a section of the Appalachian Trail, and some of us took the spur trail to Moosilauke South Peak. The views were amazing and we could spot the tiny silhouettes of people on the summit of Moosilauke. After a brief snack we headed down the spur trail and started up to the summit.

While hiking up Snapper Trail and Carriage Road people warned us of a moose in the trail up ahead. I had seen a few moose while hiking and they never paid me any notice, so to hear of one that was blocking the trail and forcing people to bushwhack around it was quite odd. As we got closer to said moose, we started to hear from other hikers that it was a sick adolescent moose (probably lime disease) and that a few days back people had feed it and given it water, so it now would not leave the trail. We were also told that there was a National Parks Service Ranger (John, as we later learned when talking with him) on the trail asking people to go off the trail in order to stay away from them moose. Maybe a half a mile below the summit we found the very thin and sad looking moose in the trail and made our way around it by trudging through the alpine scrub. Going off-trail above treeline was something that I hated to do, but was needed for the safety of the moose and hikers.

At 1:10 pm we made it to the summit, I paused until everyone was gathered and then walked up to the sign to complete my final New England 4000 Footer and my final New Hampshire 4000 Footer. 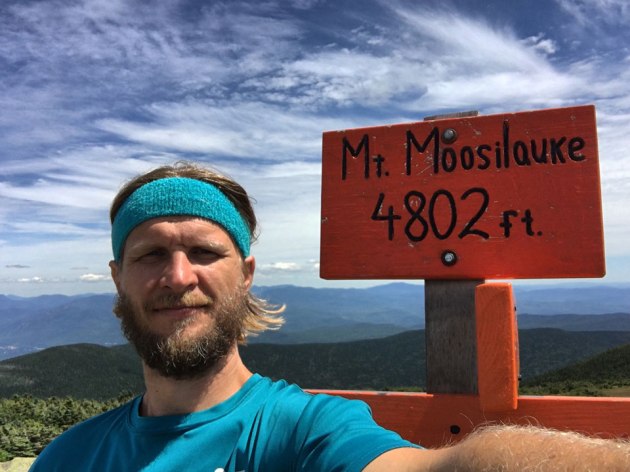 The summit was super crowded and we had to wait for our turn in front of the summit sign, but for once that didn’t matter much to me. I was in no hurry, I had just completed a five-year goal. I took in the surroundings and my brother pointed out Mount Lincoln, our first 4000 Footer.

Looking toward my first 4000 Footers

I was honored that my family allowed me to drag them up mountains; something they enjoy doing but not with my fervor. It meant a lot to me that they took part in the hike; that whenever I thought back to the first time I completed the list, they would be a big part of that memory. 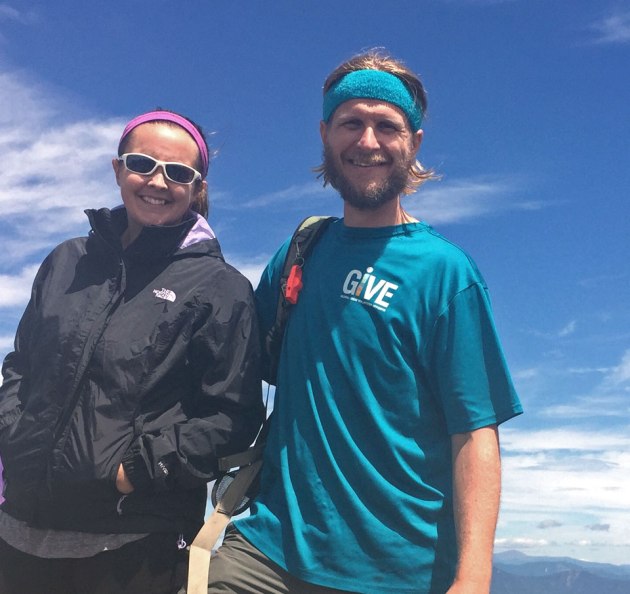 My wife and me on the summit

Soon after we arrive, two of our family friends showed up. They were working at the Moosilauke Ravine Lodge and hiked up with best vegan cake I had ever tasted. They even hauled real plates and silverware to the summit. 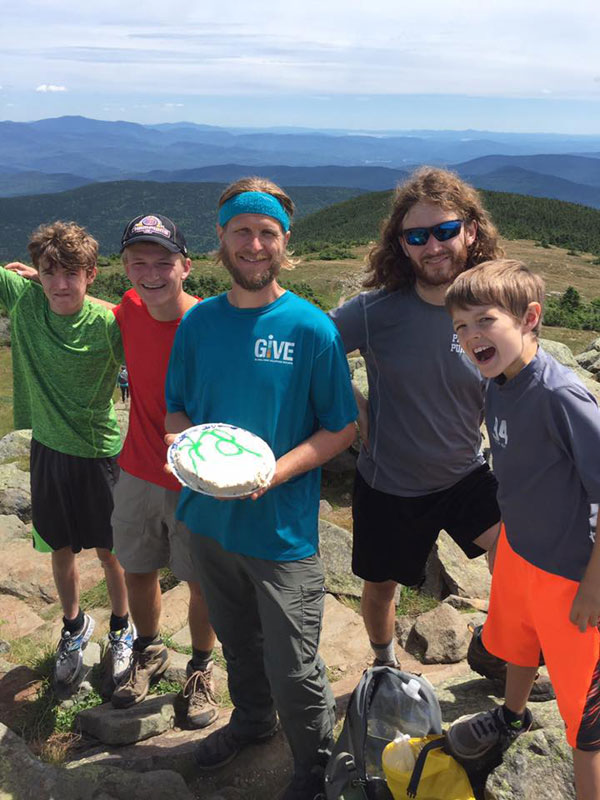 More friends met us on the summit, with vegan cake!

The group of us hung out near the summit and ate lunch and cake. 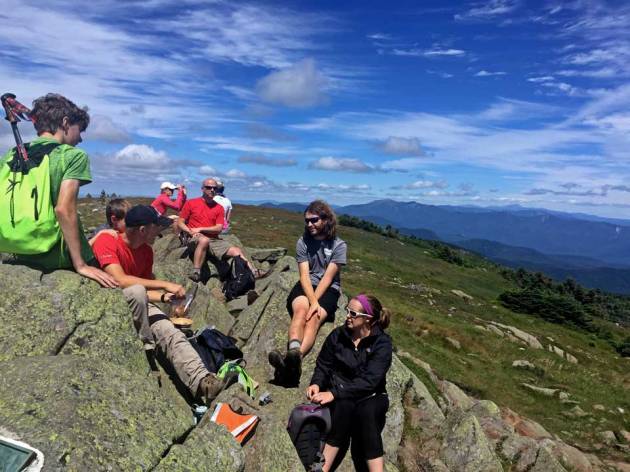 Lunch on the summit before heading back down

Shortly after lunch we headed down via the Gorge Brook Trail. We passed the time by sharing logic problems and jokes. The hike down was mostly uneventful until my younger son accidentally disturbed a ground hornet nest. He started howling and it was unclear what the problem was. I looked down to his ankle and saw the hornet, grabbed it and tossed it aside. It was good to learn that he was not allergic to bee stings.

We got back to the Moosilauke Ravine Lodge at 4:20 pm, where I said bye to my friends, and my family checked into the Lodge. We relaxed for a while in our bunkhouse and then I took the boys down to the river to play until dinner. We took part in the family-style dinner, where all the food was vegan (thanks to our friends working in the kitchen) and my older son won a whipped cream eating contest between dinner and dessert. 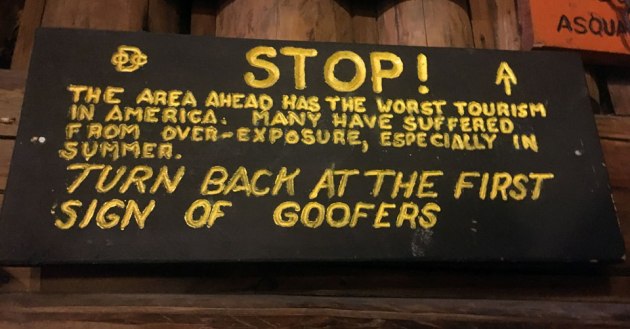 Before dessert was served I headed home while my family stayed behind for the night. I had an important software release the next morning and wanted to commute from home at 2:30 am rather than from the mountains at midnight. I saw it as life’s way of reminding me that although I had a victory, I was not winning. Little does life know that I’ll be hiking mountains long after I shed my career, debt and other “responsibilities.”

I’ve had a few people ask me what I’m going to do now that I’ve hiked all the 4000 Footers. I have plenty of other hiking goals to focus on now. First will probably be the New England Hundred Highest, 67 of which are the 4000 Footers. Winter is on its way, so completing the New Hampshire 4000 Footers in winter is a priority. There are other goals which I’m not focusing on due to their vastness, but picking away at slowly. These include The Grid, Red-lining the AMC White Mountain Guide (30th Edition is supposed to come out in Spring 2017) and the New England 3000 Footer list. I also want to section hike the Appalachian Trail, so I may soon work on connecting the sections I have done in Maine and New Hampshire.

Today is your day! Your mountain is waiting. So… get on your way.
—Dr. Seuss 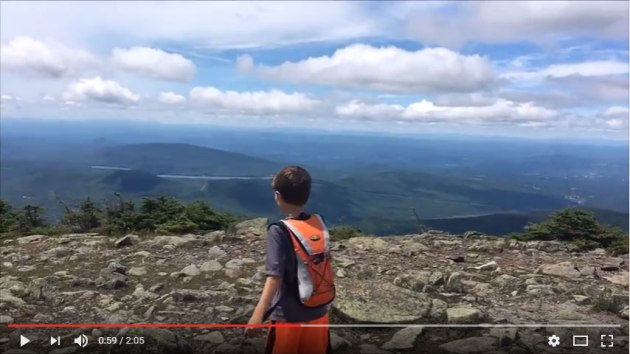 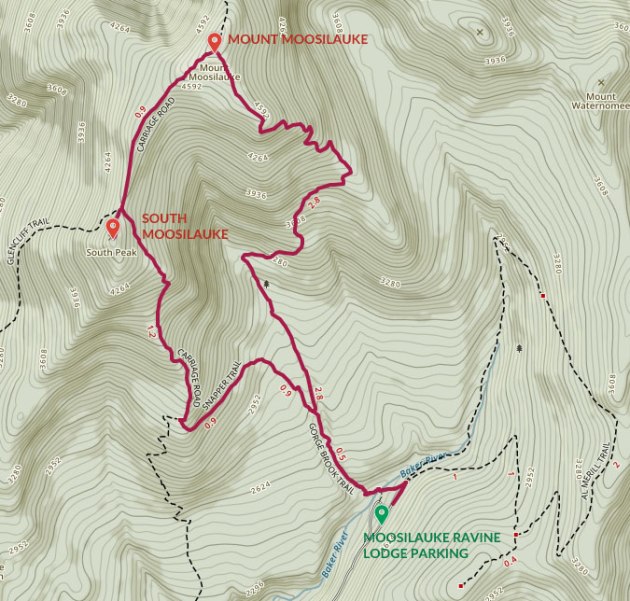