Since seeing Mount Abraham from the top of Sugarloaf Mountain last October and after hearing it hosts the second largest alpine zone in Maine (after Mount Katahdin), I’d been hankering to hike it. I was a little put off by the difficult access to the mountain though, so I waited until Spring was mostly over to avoid high water. I had read online that the road to the Fire Warden’s Trail was awful at best and that a bridge had been washed out a few years ago forcing you to make a deep water crossing.

In late May I left home fairly early in the morning and got to River Road around 9:15 am. Reusing a trick from my previous hike, I marked the turns I needed to make in Google Maps and even though I lost signal, the GPS was still working. Much to my surprise I came around a turn in the road (which had a handmade sign for the AT) and found two new, concrete bridges crossing the river. I later learned that they had been replaced the previous summer, so spread the word. I took a right after the bridges and drove up the narrow ATV road to the trailhead. There were two other cars parked at the intersection of two ATV roads. I pulled in behind them and hopped out.

After a small brook crossing, the trail climbed easily through hardwood forest. The trail was mostly comprised of mud, rocks and roots under wet leaves, so the footing wasn’t great.

Shortly after crossing another ATV road I entered spruce forest and crossed three more brooks. After the last brook the elevation became moderate. I passed a guy after brook, I figured he was camping at the tent site and was heading down to get water for breakfast. At 10:30 am I made it to the tent site where two more guys were sitting by a cold fire pit. The cars below belong to them. They were out doing trail maintenance, there were a few blowdowns above the tent site that they were going to clear.

After chatting for a bit I left them behind and started the real climb up Mount Abraham. The trail became quite steep and stayed that way until just before breaking through the tree line.

I was taking a breather on a boulder in the trail, about halfway between the tent site and the treeline when I was startled to my feet. Something massive crashed to the forest floor a few hundred feet directly behind me. I stood rigid next to my pack for nearly a minute, feeling like a spooked and exposed deer. I looked for anything moving in the forest; moving my head side to side to look between tree trunks, but saw nothing. I gathered my pack and started quietly up the trail, still looking and listening for any signs of life. The forest remained still. All I could think was that a tree had fallen, despite the lack of wind.

Above the treeline I had nice views of the nearby 4000 Footers. The trail became a little less steep and dirt trail gave way to talus scramble.

It was a short climb to the summit where I stopped to check out the Abraham Shelter. It was a stone shelter built right into the talus. It sported a wooden and shingled hip roof and a heavy curtain door made of black rubber. I cautiously looked inside, unsure of what I would find. The shelter was empty, but I noted the small fireplace and chimney in the back, built out of the same stone as the walls. 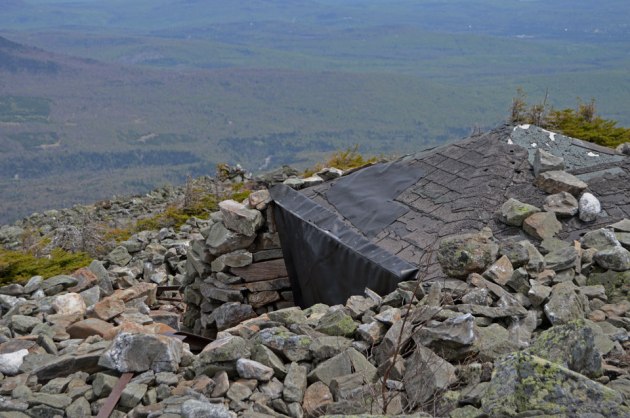 I stood atop the summit at 11:45 am and took in the view. Just beyond the summit was an old steel fire tower laying on its side. Not too long ago it had stood on the summit, I imagine it was pushed over due to safety concerns. 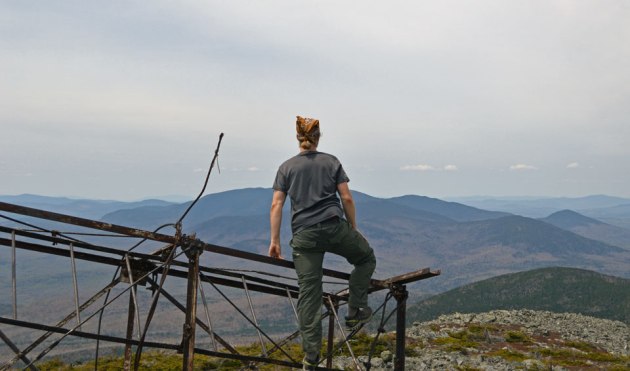 A bit to the south, along the ridge was another stone structure. I walked over to check it out and have a snack in the lee of the wind. 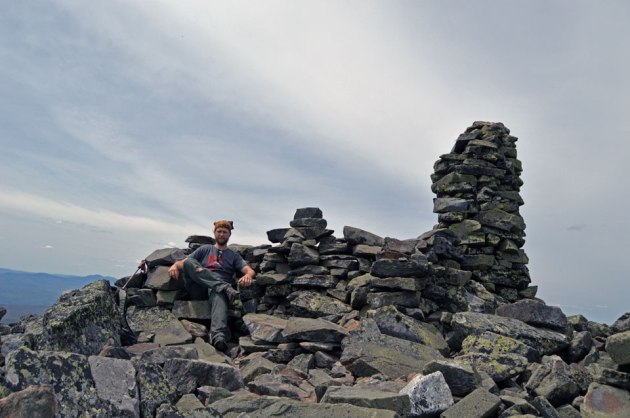 I was amazed by the beautiful, exposed ridge of Abraham. I looked to the south toward the other peaks of the massif and thought about how busy the same peak would be if it was in the White Mountains instead of northeastern Maine. I vowed to come back soon and explore more of the alpine ridge and maybe bushwhack to the other peaks.

I gathered my stuff to head back down and noticed the maintenance guys. They had finished clearing the downed trees and were taking lunch on the summit. I stopped to talk with them again. We discussed the surrounding peaks, and one of them told me a story of having to pack out a 50 lb saturated sleeping bag from the stone shelter one spring. He was just glad that he didn’t find a body in it.

The hike out was fairly easy and quick. I saw two couples and one solo hiker on the way out. I was glad that Abraham was getting the attention that it deserved, but also that I started my hike early so I could have it to myself. I also saw where trail had been cleared by the trail crew, they did an excellent job of restoring the trail.

I loved the hike, and wanted to head back soon to explore more of the ridge. I had been unsure about this hike because of the accessibility issues, but I found that the bridges had replaced, so it is much easier to get to the Fire Warden’s Trail again. If you do this hike, make sure that your vehicle has good clearance as the roads are in rough shape. All of the hikers I saw on my way out parked near the bridges rather than drive up the ATV road to the start of the trail.

The choices we make lead up to actual experiences. It is one thing to decide to climb a mountain. It is quite another to be on top of it.
—Herbert A. Simon 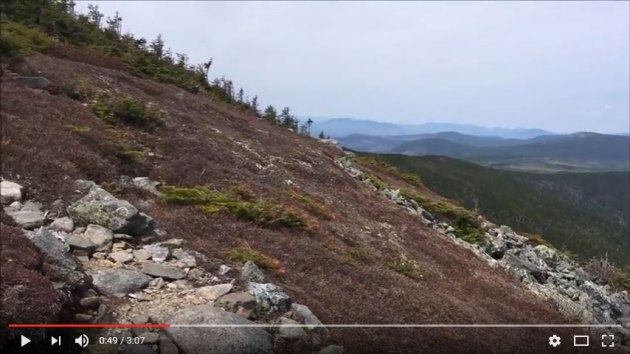 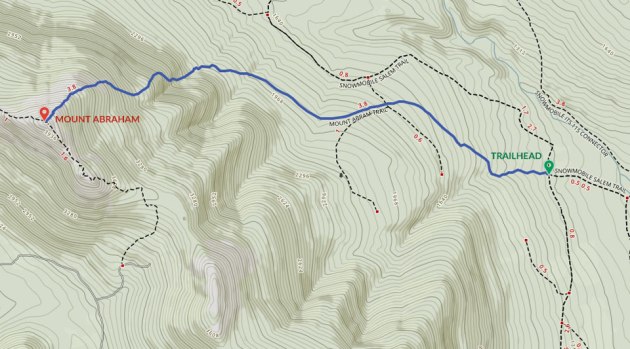 One thought on “Hike: Mount Abraham”