For our three year anniversary my wife and I spent the weekend in North Conway at the Buttonwood Inn on Mount Hurricane. I remember that it was 2003 because it was just before our older son’s first birthday and it was our first time away from him. We went shopping at the outlet stores and we drove up Crawford Notch, and drove down Franconia Notch and the Kancamagus Highway. It was a relaxing weekend and it encouraged my love for the White Mountains.

On our way through Franconia Notch we stopped at Profile Lake to see the Old Man of the Mountain. As far as I could recall I had never seen it, so I was excited to get a glimpse of the rugged profile. Unfortunately clouds were shrouding Cannon Mountain so we couldn’t make out his face. We continued on our merry way not realizing that it had been our last chance to see the Old Man of the Mountain. Less than a month later, on May 3, 2003 between the hours of midnight and 3 am, the Old Man’s face crumbled from Cannon Mountain despite decades of reinforcing the structure again erosion.

Flash forward to 2016, after hiking Franconia Ridge with my older son, we stopped at Profile Lake to check out where the Old Man of the Mountain used to be. Profiler Plaza was dedicated in June 2011 to commemorate the iconic rock formation and was paid for by private donations. 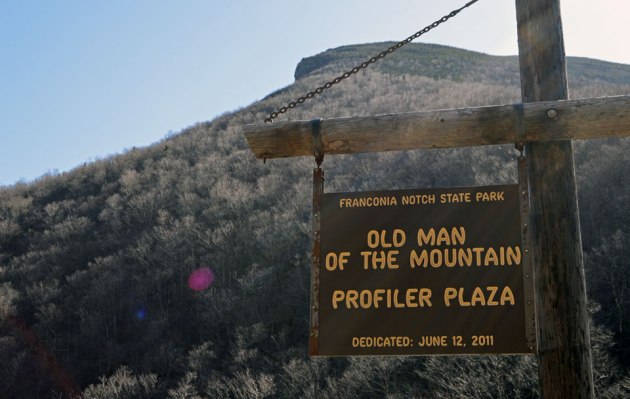 Many of the donations came in the form of granite slabs engraved with donors’ names. These were scattered among the other paving slabs around the plaza. There were also many signs hung about that told the history of the location, the efforts to preserve the Old Man, and how he finally collapsed. 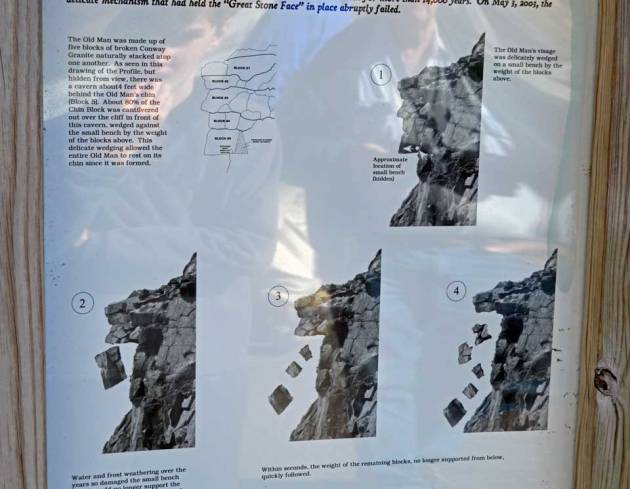 A sign describing the fateful day when the Old Man crumbled 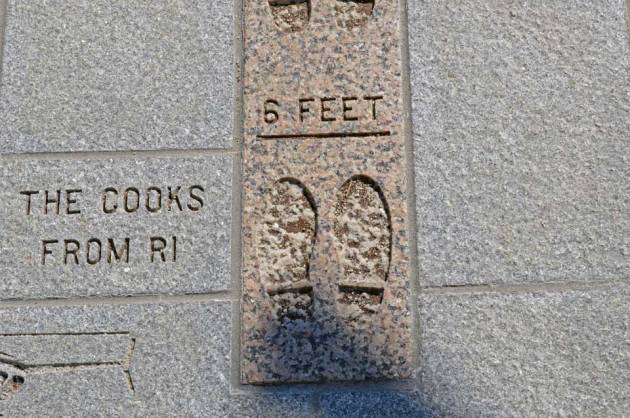 Where to stand based on your height

The profilers themselves recreated the overlap of jutting boulder which gave the illusion of a man’s face on the side of Cannon Cliffs. Maybe not known to everyone, it was the overlap of several ledges which had made up the Old Man, not just one rock formation. 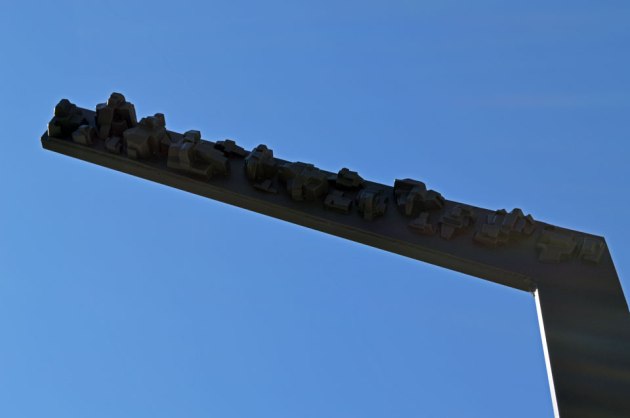 Recreation of the ledges that formed the Old Man 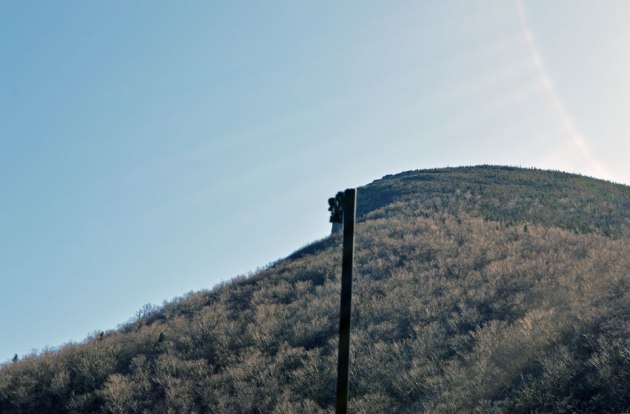 I missed my opportunity to see the Old Man of the Mountain while he was still standing, so I was glad that enough individuals were able to raise money to commemorate the formation. It was an interesting little stop beside I-93 in Franconia Notch, nestled beside the beautiful Profile Lake and overshadowed by mountains on both sides.

Men hang out their signs indicative of their respective trades; shoemakers hang out a gigantic shoe; jewelers a monster watch, and the dentist hangs out a gold tooth; but in the mountains of New Hampshire, God Almighty has hung out a sign to show that there He makes men.
—Daniel Webster