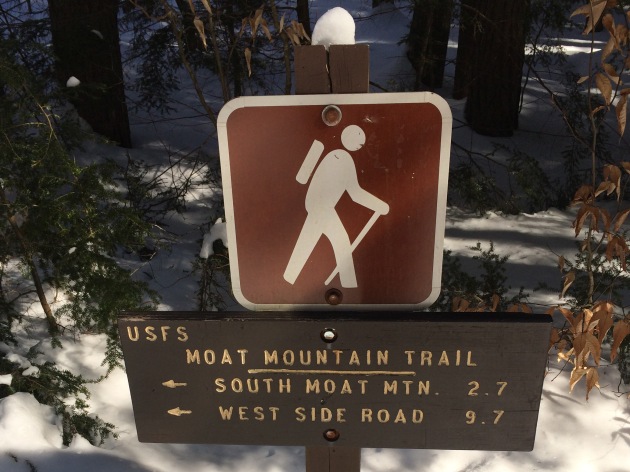 Ever since winter broke my hiking habit back in November, I had been waiting for a decent weekend to try out hiking with snowshoes. I’ve had a pair of 27″ PowerRidge Crests for quite a few years and dug them out of the garage once or twice a winter. For whatever reason I never thought of combining them with my love for hiking and the White Mountains in particular. When a weekend with a nice forecast where I didn’t actually have other plans came up, I was all over it.

One of my great loves in life is driving out of the city and into the mountains on a sunny day with the windows down and some music blasting. As the congestion and distraction of the city fades away and the first mountains loom over the distant tree tops I feel a physical pressure lift off my chest. I can breath and smile and wonder again, it’s akin to a heaping pile of gifts under the Christmas tree. Granted, it was the beginning of February in Maine, so my windows weren’t down, but I was still able to relish this moment of release. A cure for the Winter Blahs if there ever was one.

As I drove through Conway I snatched glances at the Moat Mountains when they were visible. I found myself making my way slowly down Passaconaway Road making sure I didn’t miss the trailhead. I found the parking area well-plowed and containing only one other car. After quickly organizing my gear I strapped my snowshoes on and I hit the trail. The trail wound through some young trees and dipped down to cross a small brook and again at a small bridge over Dry Brook. This early portion of the trail was packed by a snowmobile so the going was easy and I quickly shed a few layers.

Soon after the Dry Brook crossing the trail began to climb and I found myself stopping to catch my breath and let my pulse slow. Ascending with the weight of snowshoes on my feet and less than perfect traction was definitely more tiring than hiking in the other three seasons. The trail continued to be decently packed but soon hit a steep and rocky ascent. It was difficult to navigate the rocks with bulky snowshoes but I was thankful for the traction that their crampons gave me. I stepped off the trail as two ladies made their way down and assured me the view was well worth it. I watched them hike easily down and thought (not for the last time) that I would need to buy some crampons.

Just as I was starting to feel as if the mountain had me beat, I ascended to an amazing vista of Mount Chocorua. I stopped to have a burrito break and marvel at the view in front of me. It was just what I needed: time to cool down and energy from the carb-rich burrito. The trail to the summit changed again at this point, it became less steep and the trees spread out. From posts I had read it sounded like it was easy to loose the trail at this point, but it was no problem to follow when the trail was already broken. There seemed to be several alternative ways to navigate the trees and slopes, so the paths I chose were less packed than the lower trail and therefore more slippery. Again I wish I had crampons. 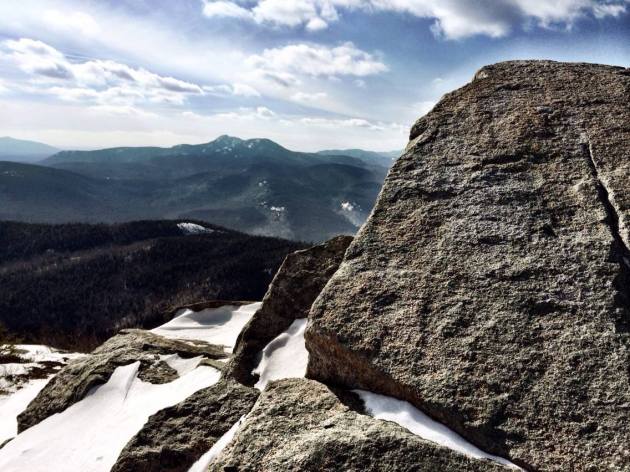 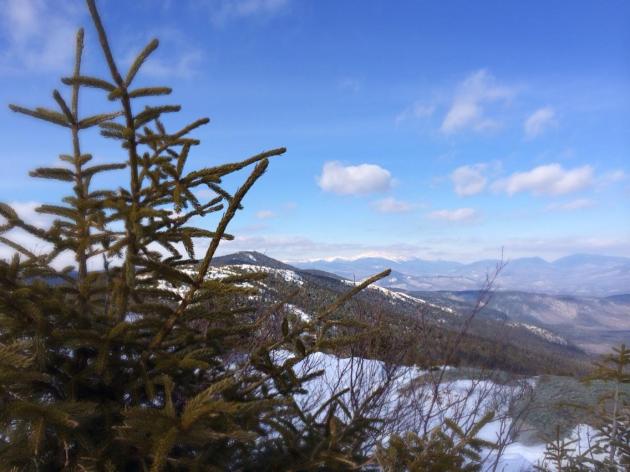 North Moat and the Presidentials

I stayed on the summit for twenty minutes just taking in the view. In the summer it is hard to find a summit in the White Mountains that you don’t have to share with others. For those twenty minutes I had the peak (and seemingly the whole mountain range) to myself. Even with roads and houses lining the valley below it felt as if there was no presence of man to be found. I turned slowly in a circle and climbed the scattered boulders to appreciate the view from different perspectives. Eventually the cold got to me from standing still on the gusty peak and I packed up and headed down the way I came.

On the way down I passed a group of three young men with a dog, all of whom where happily chugging up the mountain to the summit. Soon after the Mount Chocorua vista I came across a lady sitting in the trail with a first-aid kit sitting beside her. Seeing her first-aid kit reminded me that I had made the dumb mistake of leaving my own kit under the driver’s seat in my car. I stopped to ask her if she was okay. She was just doing some blister maintenance, pointing out that it was a lot easier to do in the summer when you didn’t have to sit on snow. I mentioned how my snowshoes were blistering the tops of my toes where the straps crossed. Something my feet were not accustomed to from just three-season hiking.

The rest of the hike to the parking lot was uneventful. I fell down a few times when the front of my snowshoe crampons lost their traction and I slid on the tail end of them. When I got back to the parking lot I fired up my JetBoil, cooked a cup of soup and heated some coffee for the drive back to Maine.

I had approached hiking South Moat Mountain with some skepticism. I love hiking, I love getting away from the grind of daily life, but I was unsure how difficult a winter hike would be and I was not confident in my knowledge, gear or skill when it came to winter hiking. I found the ascent to be more difficult and slower than normal hiking, but the descent was quicker and much easier on my knees. Pulling out of the parking lot I knew that I would be doing more hikes this winter.

After climbing a great hill, one only finds that there are many more hills to climb.
―Nelson Mandela 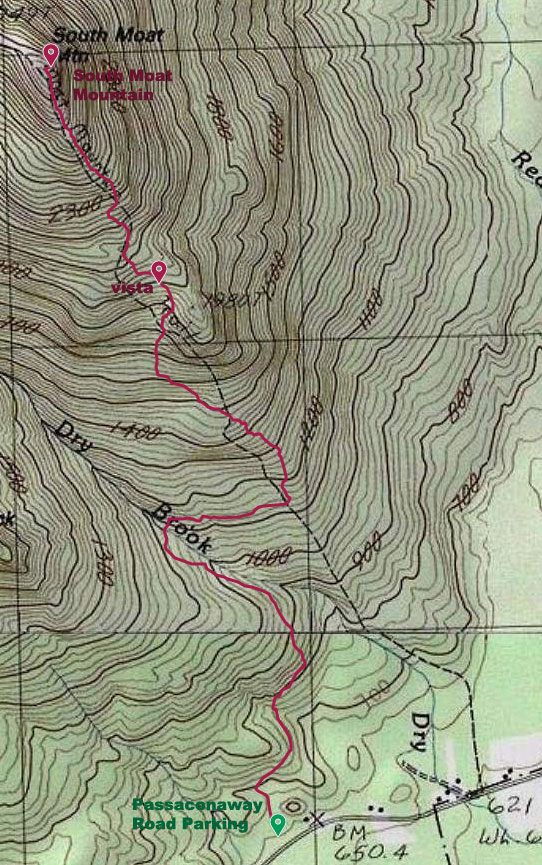